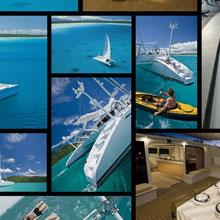 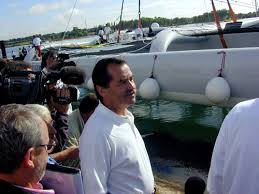 A second Ollier catamaran for the race and one on option 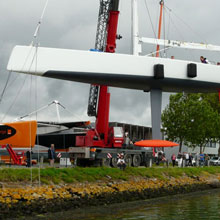 Polish skipper Roman PASZKE has signed a design study contract for a giant catamaran for The Race. The signing took place at Disneyland in Paris on Tuesday March 2nd last.
Gilles Ollier comments : When Bruno Peyron, after having won the first Jules Verne Trophy in 1993, announced his wish to create a new race, I immediately felt that The Race could very quickly become a major event. All the ingredients for success were brought together with the passage of the millennium, the round the world course, the "No Limits" notion, direct communication